We are not like minded. We don't agree with you. But we do love you, and we try and entertain and share our thoughts and passions and opinions about the world we see and the world we all live in.

Show us some Love!

Show us some Love!

The Cast and Crew

Who doesn’t like music? I workout to music. I wash my dishes to music. I get my dick sucked to music. The genre of music will change depending on what chore I’m accomplishing. I can assure you almost everything I do is accompanied with music. Allow me to rehash. I workout to death metal. I wash my dishes to reggae. I get my dick sucked to the best hits of the 80’s & 90’s (iTunes Radio). There’s nothing like watching a rhythmical bobbing head to Depeche Mode’s “Enjoy the Silence.” Music is what feelings sound like.

There’s that game you play with your friends; if you had to only choose one what would it be? I’m one of those people who’d rather have music than television. Sometimes I choose not to see Claudio Sanchez of Coheed and Cambria flopping his unusual locks around the boob tube, makes me wonder and gag. Listening to his band’s music is pleasurable enough. Yet, I stand corrected and erected when Britney Spear’s “Toxic” is playing on MTV. Fergie can quote me on that one, “Tasty, tasty!” I suppose it’s a give and take situation. Put me on a deserted island and give me only my iPod, I’ll make it out alive. By the way, I swim to the classical hits; Mozart, Beethoven and a bit of Hendel.

The mind is creative enough to let you visualize what you want to hear from music. For you, the Geto Boys “Damn it Feels Good to be a Gansta” might only remind you of the quirky movie Office Space. Umm, can I have my stapler back? For me, the song brings back memories of smoking joints in my backyard and throwing fruits over my wall. We loved watching apples and peaches explode as a Goodyear tire sped down the main street. Good times! To each his own. Sorry ladies, her own also! Damn it feels good to be a gangsta!

Back in the day I started fooling around with making music. I loved it so much that I set out to try and make some Top 100 Billboard hits. We can all be dreamers, right? Starting small made it more realistic. Maybe I could be featured on an iTunes underground radio station. Then I could get my dick sucked to my own music. Good enough goal for me! Learning how to play and work with music was step 1. Two other OurThursday.com writers, Dustin and Brian, motivated me to pick up a guitar. On a late Friday night, they would be heard playing Iron Maiden’s “Hallowed Be Thy Name” or calming everyone down with Pink Floyd’s “Wish You Were Here.” Wanting to put on a drunk performance got the wheels turning. I picked my own acoustic guitar and haven’t stopped yet. While making music with a guitar takes talent and time, I more as became a jukebox of the latest jams on the radio. Whether it be the Red Hot Chili Peppers’ “Under the Bridge” or Metallica ‘s “Master of Puppets,” I try to learn a bit of everything. With ten years of playing under my belt, I feel satisfied with my level of playing. I’ve now been able to rock out and entertain others as my friend’s once showed me how to do. 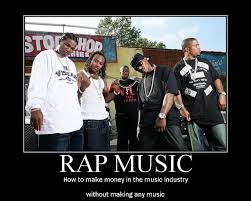 Funny thing being, I didn’t listen to death metal, classic rock, or any other genre of rock from the beginning. My roots were in gangster rap and hip/hop. Getting introduced to a guitar was when I became influenced to all that there is that rocks! I grew up next to an older brother who bumped Dr. Dre’s “Ain’t Nutin But a G Thang” (…Baaabbbbbby!) and Masta P’s “Make Emm Say Uhh” (Uhhh, Na-Na-Na-Na). Something about a bumpin’ bass line and a clap or a snap that makes you feel gangsta and cool. Damn it feels good to be a gangsta! I suppose an older brother would have some influence on choice of music. Yet, forcing your parents to listen to Bone Thugs & Harmony on the way to Temple didn’t fly. Bringing up another genre that goes along with one of my activities; when driving with the family to Temple we listened to the golden oldies at K-Earth 101……..”Los Angeles!” Besides the Friday Shabbat ride to Temple, my early teen years were instead spent listening to Power 106 FM (Hip-Hop radio station) rather than K-ROQ (Alternative/Rock Station).

Last year I bought a MacBook Pro. I know, I know. I’m cooler than everyone else because I’m an Apple guy. Making the change from 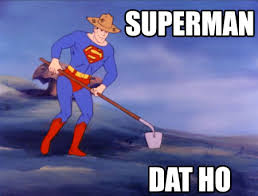 a HP Laptop to a MacBook is a drastic change. So much coolness and the sleekest applications. Now I know why ever Apple person is selfish with their products. There was one program that I was quite interested in; Garageband. This program allows you to produce music with ease. On my old HP I was running a program called FruityLoops. Those of you familiar with Soulja Boy and his rap/dance hit “Crank That Soulja Boy,” he used this FruityLoops program to make millions. Those of you still not familiar with the song, that is where he “Superman’s that Ho!” Finally, for those of you who don’t know what “Supermaning that Ho” means, I’ll let UrbanDictionary.com solve that riddle for you; “It’s when you skeet on a ho’s back, and then the bedsheet sticks to her, making a superman-style cape.” We all caught up now? So, I experimented with FruityLoops for some time, making elementary beats, but nothing worry of the swag of a Soulja Boy. For now I was stuck “Supermaning Ho’s” instead of creating that next hot rap beat.

Here we are to today and Garageband. Since opening this wanna-be producer’s wet dream, I furthered my experience as a rapper/producer/music maker. I first began to record my guitar playing. Listening to yourself play guitar can be pretty harsh, kind of like when Towelie is playing “Stairway to Heaven” in his friend’s talent show on “South Park.”  While the playback of my rocking out sometimes hurt my ears, it only made me better. I actually thought Garageband was only for recording real instruments and didn’t have hip/hop beat making qualities like those in FruityLoops. With one wrong click during a recording session, my eyes were opened up. Every sound imaginable. I could use Dr. Dre’s 808 bass kick or even Eminem’s snare drum which he can never hear. “Where’s my snare? I have no snare in my headphones….YO!” After some practice and fooling around I made some beats. When you listen to the same thing one hundred times you tend to hate it because you like it. We all say we hate Lady Gaga’s “Poker Face,” but sing to it when it’s on the radio or dance to it at the club. I would fall in love with my own material, but they say you must love what you do. After revisions and careful critiques I told myself to be proud if even one person says they enjoyed it. Everyone is entitled to their own liking. I love listening to Lamb of God, but my girl doesn’t, in fact most don’t. They knew there was people that would enjoy the shit out of their bellowing roars and double bass drums. I’m sure others won’t like what I produce, but that comes with the territory. I’m producing literature right now, I’m sure some unfortunate people will pass on this also. I doubt that though.

I figured that if I’m going to make a rap beat, I might as well rap to it. I understand that my voice isn’t a mix between Fergie and Jesus. With some auto-tune here and a little swag there, I could earn myself some rep. On my iPhone is hundreds of rap/hip-hop instrumentals. While traveling the globe, I understand that walking is more popular then a car. So when I walk somewhere, especially home from the disco at 5 a.m., I put my headphones on, randomize the instrumentals and start free-styling out loud. Most people don’t understand what I’m saying because they don’t understand English. That gives me more confidence when my flow is interrupted because I’m struggling to rhyme a word with bitch or fuck. This also prepares me for when I’m drunk with my basketball teammates. They spontaneously get in a circle and start rapping and then pass the imaginary microphone onto me, “Yo my name is Deez, damn bitch get on your knees, but I’m nice, so I’ll say please.” I try my hardest, but they are so damn good at it, like it’s a side job or something. It’s a fact that Lil Wayne never writes down his music. How does he smoke so much and remember every song?

Now that’s talent! I figure it’s easier to write down lyrics and lay a track that way. I’m sure I’ll be a natural someday and be able to rap battle someone anytime and anywhere. For now, I’ll concentrate on my level of producing music and build from there.

Just a rookie here, but with time and practice I will one day get my dick sucked to my own jam on some radio station. For now, everyone can do me a favor. Listen to my first official rap video. You don’t have to get a blowjob while listening to it, but if you do…makes me damn proud! It’s called “Friday Night” and is about…ummmm Friday Night. As I sent the original demo to my brothers and a few friends for a test listen, they gave me all I needed to proceed. I figured while most could like the song, I needed more to help it out. It’s like throwing that little green thing on a plate with a 10 oz. New York Steak to give it some color. So I used the program iMovie to prepare an amateur music video using a picture slideshow from my own picture gallery. Yes, rather elementary, but my release date was that same day Friday and I needed to work quickly. I was using iMovie for the first time and did what I could. Having composed the music to match the pictures made this song a very visual humorous piece. The final step was posting it on YouTube for everyone to watch and listen. While the song itself is slowing proving to be catchy in it’s first debut week on YouTube, getting 300+ hits, I allow those that read this to listen and enjoy my debut song, “Friday Night!” Feel free to leave comments and let me know what you think. I did all the production except for my girl singing the chorus. Nice job VV! I had plenty of fun with this, that’s all that matters. Damn it feels good to be a gangsta!